by the Creative Academy1 Apr 2020Culture

Now is a good time for reflection. Lecturer Desré Barnard (Contextual Studies) chooses books and films that will get you thinking about yourself, your relationship and society. But she also throws in a couple of escapist options and an approach to self-help unlike any other.

I haven’t had much time to read books which are not related to critical theory (nerd alert) but I have dug into my archives and have the following as some fun suggestions:

Sex at Dawn: How We Mate, Why We Stray, And What It Means for Modern Relationships

A captivating look into how our ideas of modern relationships have formed. I have always been interested in social formations and notions of “acceptable” behaviour, and from whence these stem (economic, ideological, religious and so on). This book has an excellent balance of academic and non-academic writing. As Steve Taylor says, Sex at Dawn is “a wonderfully provocative and well-written book which completely re-evaluates human sexual behavior and gets to the root of many of our social and psychological ills”. My one gripe is that it is very heteronormative, but it is fascinating nonetheless.

The Life-Changing Magic of Not Giving a F**k, and Calm the F**k Down

These are an interesting twist on a self-help book, laden with profanity and humour, but at their core have insightful suggestions about how to deal with the pressures of contemporary life. Sarah Knight, a self-proclaimed anti-guru, has a whole series, but I have only read these two thus far.

I am finally getting around to a bit of South African fiction, and am really excited to delve into some femxle writers! I cannot personally review it as yet, but the buzz surrounding the book is/was definitive.

Various other authors I can suggest:

My suggestions are a little heavy, but are, in my opinion, poignant and thought-provoking. I suggest staggering these and intermittently watching something lighter (as always: Brooklyn Nine-Nine comes to mind).

Whilst this film is longer than your average feature (as arthouse films usually are), this is a fascinating filmic experience wherein a womxn’s domestic work is chronicled over the course of three days. I think this is a poignant piece to be watching whilst we are in isolation.

A documentary about a pet cemetery. Yes, you read that correctly. Through a series of interviews, Morris delves into the psyches of the eccentric residents of the town of Vernon, Florida. As a filmic object, there are many static drawn-out scenes that leave the interviewees and the viewers very unsettled. Morris also pioneered a technique called the Interrotron. Read about it here: https://birthmoviesdeath.com/2017/07/07/the-interrotron-how-errol-morris-changed-the-way-documentaries-watch-us

In a fun anecdote, Werner Hertzog, the brilliant German director, pledged that if the documentary was completed and shown in a public theater, he would eat his shoe. Needless to say: he ate his shoe. Watch it here: https://www.youtube.com/watch?v=RNNGzMK5e4c

These are compelling documentaries about the reality of South African life. I must add a trigger warning here: the documentaries contain sensitive conversations that may be upsetting to some people. Both are available in their entirety via YouTube.

Really I can recommend anything by director Wes Anderson. His aesthetic is iconic: nostalgic and innocent. The striking colour palettes and comedic and, at times, melancholic storylines make his work instantly recognisable. Anderson is what is known as an auteur, a director who uses a specific style, specific actors, and repeated themes to create an entire body of work. Anderson, for example, always has (amongst other major themes) a missing parent or a “broken” family, a pet or person with a disability, the theme of smoking, sibling rivalry, and the actors Bill Murray, Jason Schwartzman, Adrien Brody, Owen Wilson and Tilda Swinton.
For more on this, read here: https://en.wikipedia.org/wiki/Auteur

There are many examples of auteurs in the pantheon of great directors, including the likes of Quentin Tarantino, Woody Allen, Catherine Breillat, Michael Haneke, Tim Burton and so on.

More from our Blog 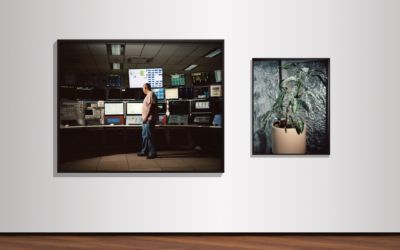 HEMELLIGGAAM or THE ATTEMPT TO BE HERE NOW (CHAPTER TWO) TOMMASO FISCALETTI and NIC GROBLER "Sarie, loving, loving child. Listen. I am what you can become, and you are what I want to become.” Eva...

Writing, of course, is writing, acting comes from the theatre, and cinematography comes from photography. Editing is unique to film. You can see something from different points of view almost...

The recent week has been both challenging and interesting to the staff at the Creative Academy. We are preparing for a lock-down or social distancing that may extend past the expected timeframe of...

Think of it as brain food for the shutdown: recommended reading and watching to broaden your mind even as your movements are limited. This week Larita Engelbrecht, lecturer in Contextual Studies,...